When Can Asking For A Little Go A Long Way?

Thrive works with a lot of "Non Profits". YMCA, Habitat for Humanity, Charitable Foundations to mention a few.

So a lot of energy goes into soliciting donations. 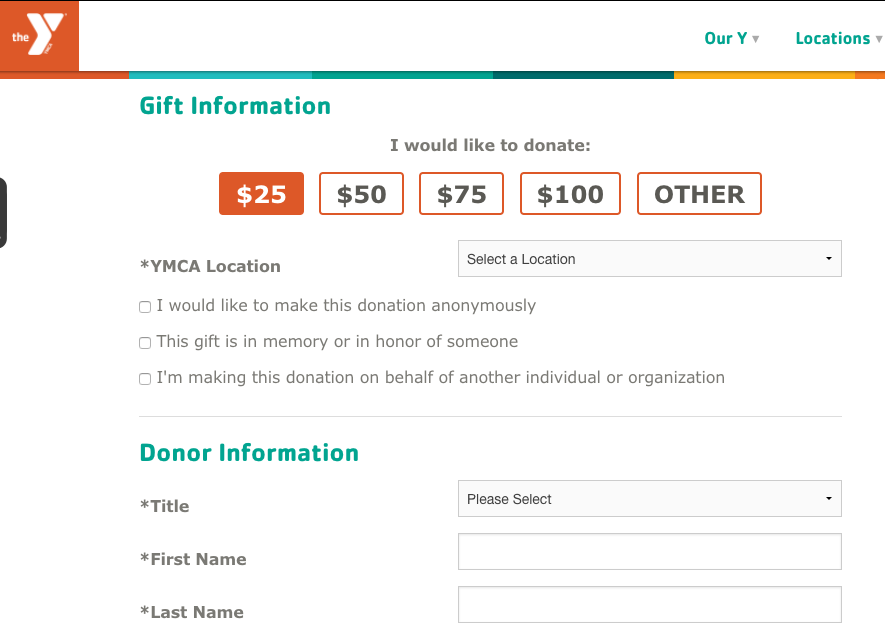 In our latest Donations Page, shown above, we raised the suggested donation amounts and raised the apparent minimum donation. The idea being that if you raise the minimum donations amount from $10 to $25, revenue would rise. In fact that is exactly what happened.

In reality you could still donate $10 by selecting the Other option and typing in $10. But so far, all the non-profits who have adopted this strategy are very happy with the results.

But we are never satisfied with the status quo, we are always looking for ways to improve our processes.

Today I continued my reading of Yes - 50 Scientific Proven Ways to Be Persuasive by Noah J. Goldstien, Steve J. Martin and Robert B. Cialdini. Chapter 20 is titled "When can asking for a little go a long way?"

They sent a group of research assistants door-to-door asking for donations for the American Cancer Society.

Half the assistants asked, "Would you be willing to help by giving a donation"?

The other half asked the same thing, only they added "Even a penny will help."

The first group - the control group - collected a donation 28.6% of the time.

The group that added "even a penny will help" collected a donation 50% of the time.

Obviously the control group's average donation was larger than the second group, right?

There are a couple of lessons to be learned here.

First, test your assumptions. You may be wrong. Jay Chiat, the head of Chiat Day, was famous for carrrying around a slip of paper in his pocket. "Maybe he's right." A constant reminder that we cannot be right 100% of the time.

Second - every penny does help.

Thrive is here to help you solve your business problems. If you would like to talk, give us a call - 419-776-7000. Or click below, share a little information and we will give you a call.

« Back to the Blog

We've been in the web development business for years

Take a tour of our past projects, and see what we've been up to.